One of the principal causes of preventable battlefield deaths among service members who die within the first hour of wounding is hemorrhage. Development of novel, safe, and effective topical hemostatic agents is a high priority for combat casualty care. For compressible hemorrhage, the bleeding can be stopped by either by a tourniquet or an FDA-approved chitosan-based hemostatic agent, Chitogauze® (HemCon, Portland, Oregon), or Quickclot Combat Gauze, a kaolin-impregnated gauze. However, for non-compressible hemorrhage (Figure 1) with moderate to severe internal bleeding, very few treatment options are available. Therefore, the Department of Defense is seeking the next generation, biodegradable hemostatic foam for treatment of non-compressible hemorrhage.

The first objective of the project was to develop a biodegradable hemostatic foam formulation and application method by modifying commercially available cross-like starch particles. These particles slow bleeding by concentrating clotting factors through extraction of liquid from blood, followed by enzymatic degradation within 48 hours. The second objective was to evaluate the performance of a dynamic in vitro non-compressible hemorrhage model that simulated hemorrhage of approximately 102 to 125 g/min from a femoral artery, using bovine blood and an approximately 200 mL simulated wound cavity fabricated from beef tissue. 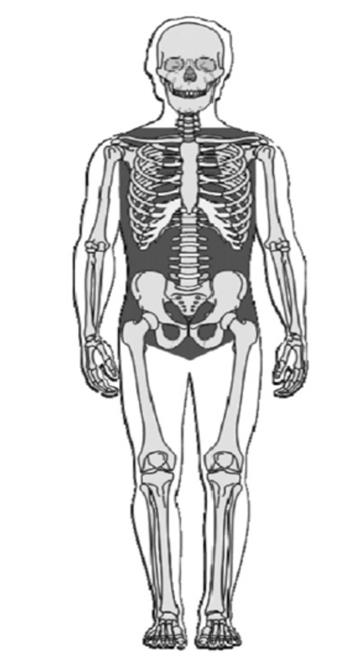 Cross-linked starch particles were agglomerated and coated with a carbonate salt and starch binder using a fluid bed coater, generating the granules shown in Figure 2A. Liquid acid and water mixed in a 1:1 weight ratio to granules demonstrated a > 5:1 free expansion ratio (pre-foaming). To evaluate performance, the pre-foaming procedure was repeated with 10 grams of each component, after which it was applied to the simulated wound cavity. This test demonstrated that the foam significantly expanded, conformed and adhered to the tissue and plastic beaker. The bleeding rate did not quantitatively slow during the test, likely due to both lack of containment and too strong of a pH change inhibiting blood clotting. However, proper containment and pH control would provide a significantly better chance of success.